API Gateway
"An API Gateway is a managed web server that allows traffic to your backend. Many websites and products use what is called an API to allow communication with the cloud. Take for example the Dropbox iOS and Android applications. In order to take files that were created on the device and send it to Dropbox, the apps communicate what needs to be done through an API, which is a protocol that both the mobile apps and back-end servers in the cloud understand. These API’s need to be deployed and run on a web server so that it can execute requests from clients like the mobile apps in this example. An API Gateway is just the tool for this job. It hosts an API and allows the appropriate traffic to the back-end for further processing. Think of it like the front door to your house. When someone makes a request (knocks on your door), after authorizing who they are, you may let them in."
in other words
When a drawbridge connects
Shareable Image 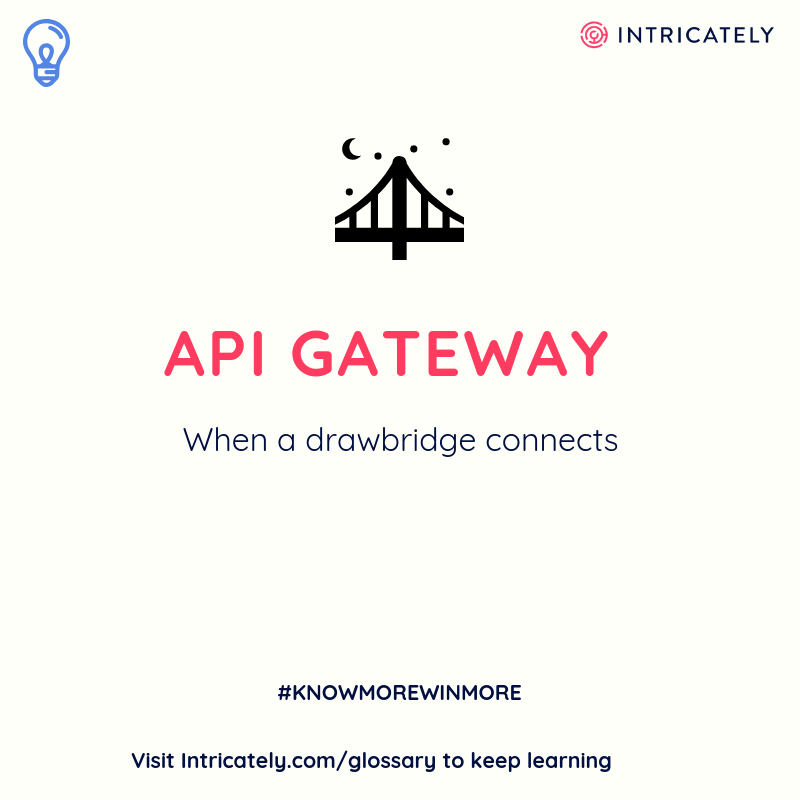