Hosted Application
A hosted application is any piece of software that is running on another provider’s infrastructure rather than on-premise. These hosted applications are accessed over the internet and have a web- based user interface to be able to interact with. An example of a hosted application is Wordpress. When you want to blog, instead of downloading Wordpress on your computer, installing it, and then configuring it to work before you even write your first draft; you can simply head over to Wordpress.com which is a hosted version of Wordpress where you don’t have to deal with any of the setups. This is because the provider has already done the hard work for you by hosting the application in the cloud for you.
Examples of Hosted Applications
Popular examples of web hosted applications (also known as cloud hosted web applications), include: Wordpress, Salesforce, Zendesk, Bill.com, Zenefits, and more.
in other words
A hotel for software.
Shareable Image 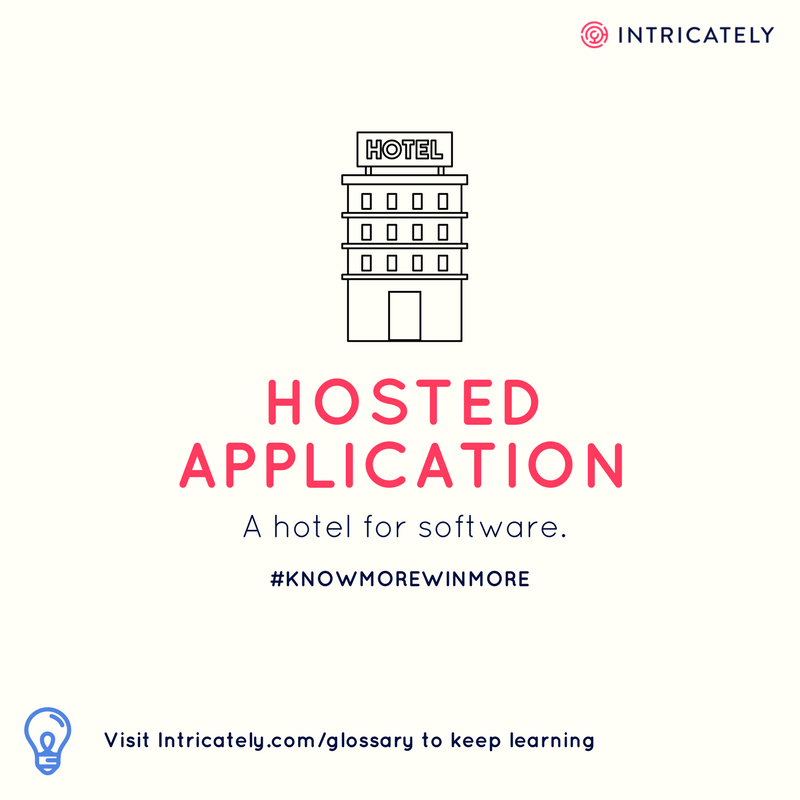